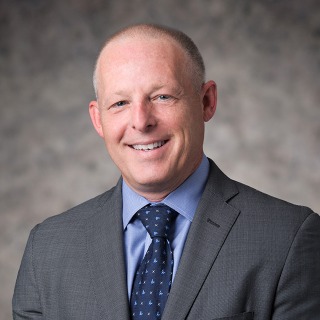 Andrew Kopsidas is a partner in the Washington, D.C. office of Hughes Hubbard & Reed in the Litigation practice, where his practice focuses on intellectual property litigation in district courts and the International Trade Commission (ITC). He provides strategic counseling for companies in a range of industries including internet, telecommunications, aerospace, semiconductor, consumer electronics, and fintech. Andrew is a lead trial lawyer recognized for consistently producing positive results for his clients with uncompromising efficiency.

Andrew has handled patent, trade secret, and other intellectual property matters before the Court of Appeals for the Federal Circuit, the U.S. Patent & Trademark Office, the U.S. International Trade Commission (ITC), and district courts in dozens of states. He has litigated case involving autonomous vehicles, internet applications, microprocessors, telecommunications networks and standards, mobile technology, digital signal processing, and various software inventions. His clients are among the most prominent U.S., Asian, and European companies. Andrew has been recognized as a “Leading ITC Lawyer” by The Legal 500, a Leading IP Litigator by Lawdragon’s 500 Leading Litigators in America and is described by one client as “a unique strategic mind with real courtroom chops.”

Prior to joining Hughes Hubbard & Reed, Andrew was a principal at Fish & Richardson P.C. He also has a background in aerospace and electric engineering. Before going to law school, he worked at NASA as a flight controller and systems engineer on the Hubble Space Telescope and several Space Shuttle missions. Andrew also worked as an aerospace design engineer at the U.S. Naval Research Laboratory in Washington, D.C.

He takes pride in training lawyers and donating his time to pro bono causes. Andrew is an instructor for the National Institute for Trial Advocacy (“NITA”) courses on trial and deposition skills. His 2019 verdict of $1.5 million on behalf of a victim of human trafficking earned The Human Trafficking Legal Center’s “Litigation Firm of the Year” award.