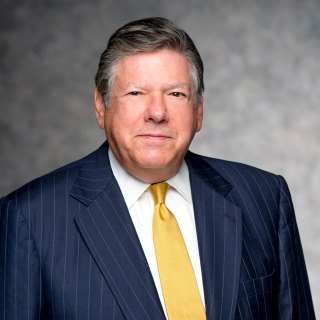 Ned H. Bassen is a partner in Hughes Hubbard & Reed's New York office. His work is recognized by such publications as Chambers USA, Euromoney's Guide to the World’s Leading Experts in Labour and Employment, Best Lawyers in America and Super Lawyers. He was selected as one of only two 2019 Top 100 Super Lawyers in the New York Metro area for Employment Litigation: Defense.  He was named Best Lawyers' 2016 New York City Labor Law-Management "Lawyer of the Year". He also is included in Human Resource Executive's magazine and Lawdragon’s Hall of Fame of The Nation’s Most Powerful Employment Attorneys Top 100 and Lawdragon’s The Innovators The 500 Leading Lawyers in America.

The most recent edition of Chambers USA states that "[s]ources say that Ned Bassen of Hughes Hubbard & Reed LLP is 'an excellent employment lawyer.' He handles matters such as employment discrimination cases, noncompete disputes and trade secrets matters." Past editions have made the following comments: "Observers describe Ned as 'litigation savvy' and note that he possesses 'very strong negotiation skills.'" "Sources say that he is 'very smart, very tenacious, very loyal to his clients and very protective of them.'" "Interviewees observe that he is an 'eloquent and logical speaker and it's almost impossible to disagree with his conclusions.'" "Clients praise [Mr. Bassen's] 'encyclopedic knowledge' of employment law and his 'finely tuned instincts and well-balanced judgment.' His skill in the courtroom does not go unnoted, with sources reporting: 'He is able to distill facts to their essence and forcefully and effectively argue his clients position.'"

In addition, as noted in the Chronicle of Higher Education, a collective bargaining agreement that Ned negotiated for the New School "could constitute a gold standard for collective-bargaining agreements between universities and new adjuncts" and “it was remarkable, given the protracted struggle between the two parties, ... (This was a major war) that such an expansive agreement emerged.”

Ned has had an expansive practice for over 40 years. It ranges from litigating on behalf of and counseling defense contractors, financial institutions, universities and other nonprofit institutions to individuals accused of wrongdoing in connection with employment, including, for example, principal targets in the well-publicized Dewey & LeBoeuf bankruptcy. His defense in such matters has included, for example, bankruptcy, employment discrimination, unlawful competition, poaching, corporate raiding, misappropriation of trade secrets, non-competes and other restrictive covenants, false claims, employment defamation and arbitration in the U.S. and internationally.