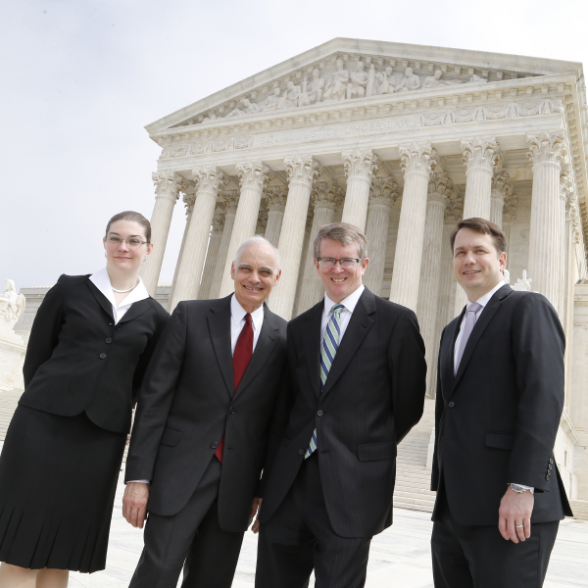 May 22, 2017 – Hughes Hubbard scored a decisive victory for TC Heartland LLC in the Supreme Court of the United States.  The Court’s 8-0 decision restores patent venue protections which U.S. businesses had enjoyed for nearly a century between 1897 and 1990.

The patent venue statute, 28 U.S.C. § 1400(b) provides that patent infringement actions “may be brought in the judicial district where the defendant resides . . . .” The statute governing “[v]enue generally,” 28 U.S.C. § 1391, has long contained a subsection (c) that, where applicable, deems a corporate entity to reside in multiple judicial districts.

The ruling made headlines around the nation, including The New York Times, The Wall Street Journal, Bloomberg, Reuters and The National Law Journal. Law360 selected the team as "Legal Lions."

The Opinion of the Court is available here.