January 3, 2020 – In April, we reported that the Trump Administration had opted not to further suspend the Executive Branch’s waiver of Title III of the Liberty and Democratic Solidarity Act (“Libertad Act”), also popularly known as the Helms-Burton Act.  As we had earlier summarized, Title III of the Act provides United States citizens who had their property confiscated after the Cuban Revolution a cause of action against U.S. and non-U.S. third parties “trafficking” in that property.  Specifically, the Act allows plaintiffs in many cases to seek treble damages against any person currently profiting from the expropriated property.

Since the suspension of Title III officially expired on May 2, 2019, a number of lawsuits have been filed in U.S. federal courts against U.S. and non-U.S. companies, including a number of major global companies.  Many of these suits have been filed in the Southern District of Florida, with personal jurisdiction in that court alleged on the basis that the defendant’s principal place of business was in Florida, or because the defendant was alleged to have had sufficient contacts with Florida under the state’s long-arm statute.

As shown in the table below, an initial wave of suits was filed in May and June of this year before a relatively quiet July.  From late August to late September, however, the pace of new complaints increased significantly, suggesting the second “wave” may be a precursor to even more suits in the near future.

Broadly speaking, the suits filed thus far have targeted properties in Cuba used for commercial purposes, especially those used in connection with transportation or tourism.  To date, there have been only a handful of court rulings in these cases, and many aspects of the Helms-Burton Act thus remain untested in the courts.

The potential for exposure for companies operating in Cuba could be significant, as the statute’s provision for treble damages is based on the current market value of the Cuban property, which may be many times the value at the time of expropriation some 50 years ago.  Nearly every suit filed thus far has pursued treble damages, as well as pre- and post-judgment interest.  Approximately half of these cases rely on claims already certified by the Foreign Claims Settlement Commission. 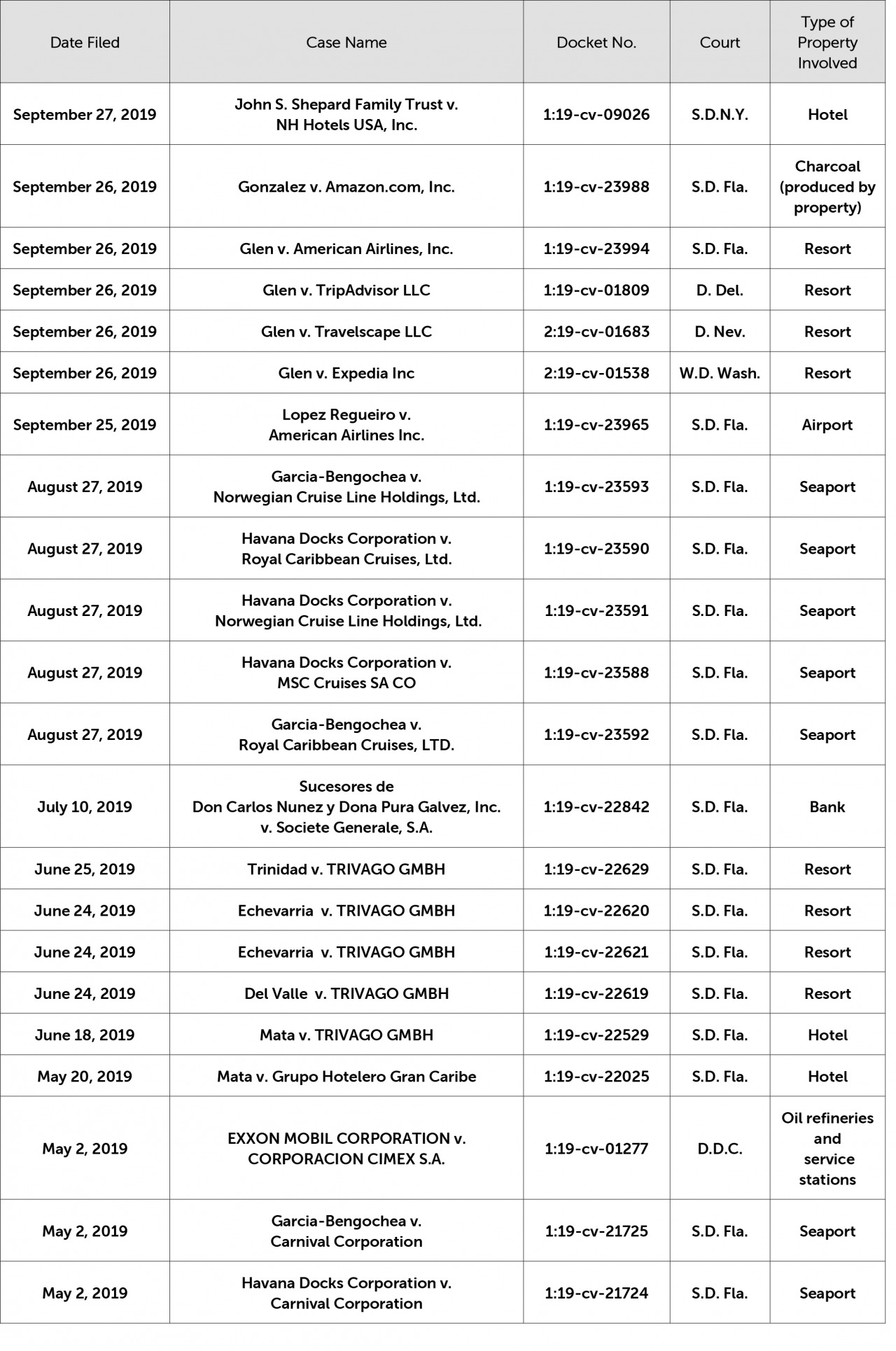