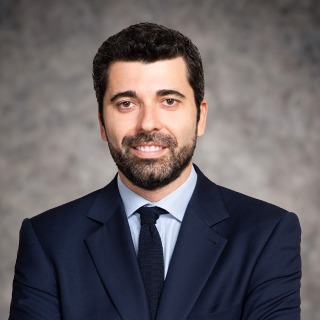 Nicolas Tollet is a Partner within Hughes Hubbard.  He joined the firm from Technip, a CAC 40 oil and gas service firm, where he served as Vice President for Compliance and was based between Paris and Rio de Janeiro.

Nicolas has nearly 15 years of experience working on compliance-related matters in a variety of contexts:

On the investigative side, he has worked on some of the largest resolutions by the U.S. DOJ and the SEC in both the pre- and post-settlement contexts, including inter alia the Alcatel, TSKJ and Lava Jato (Carwash) cases. He has also been assisting a multinational company in the frame of a joint investigation by the British SFO and the French PNF. He is also assisting a number of companies in the frame of the controls conducted by the French Anticorruption Agency (AFA) as well as by Anti-Money Laundering authorities in various jurisdictions around the world.

Nicolas is experienced with monitorships, and worked on the very first monitorship imposed on a French company by the DOJ and the SEC while he was at Technip. He is currently assisting a government anti-corruption agency through their monitorship of a company in the frame of a settlement with the prosecutor’s office following allegations of corruption.

On the preventive side, Nicolas has in-depth experience and knowledge of compliance programs and the internal functioning of multinational companies after having worked in-house for five years, both at headquarters and operational levels.  He is assisting an important number of CAC 40 and SBF 120 companies, private equity firms, and more, in diverse industries for the development and implementation of their compliance programs around the world, conducting compliance audits in various jurisdictions, and M&A due diligence.

Nicolas received the Best Compliance Department Award in 2016 while at Technip and was the only French lawyer selected among the 38 in-house investigations and compliance specialists worldwide for Global Investigation Review (GIR) in 2017. He is listed as Best Lawyer 2020 for Corporate Governance & Compliance, referred to by Chambers Partners, and he is recognized by Legal 500 EMEA where he is ranked Tier 1 and a Next Generation Lawyer.

Nicolas is admitted to practice in New York, Paris and the U.S. Supreme Court and he has been teaching anti-corruption compliance at the University of California Berkeley.

Nicolas also served as Counselor to the President of the International Association of Lawyers (UIA) which brings together more than two million lawyers through its individual and collective members, promotes the rule of law, and defends the independence and freedom of lawyers around the world (2019-2021).

He assists them on their issues relating to anti-corruption, anti-money laundering, sanctions and terrorism financing, human rights, and data protection.

Risk Assessments & Risk Mappings (incl. in the frame of M&A)