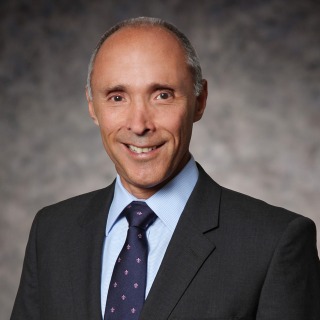 Michael R. Silverman has practiced extensively in the anti-corruption and good governance area for more than 30 years. Michael undertakes anti-corruption investigations and due diligence reviews around the globe and advises companies on their integrity and ethics policies and programs, including in connection with matters before US regulatory authorities, the World Bank, Asian Development Bank and African Development Bank.

Immediately prior to joining Hughes Hubbard & Reed, Michael was the first integrity compliance officer (ICO) for the World Bank Group (WBG). He was the principal draftsman of the WBG's Integrity Compliance Guidelines. As ICO, he was responsible for assessing and monitoring integrity compliance by "conditionally" debarred parties—by the end of his tenure there were more than 100—and deciding whether any compliance condition required for "release" from a WBG debarment had been satisfied.

He currently represents several of the largest Chinese state-owned global infrastructure contractors in connection with their establishment and implementation of integrity compliance programs that meet World Bank and other international standards, as well as other international companies including a major European multinational in a sanctions settlement. In connection with these and other representations, he has conducted targeted AB-C investigations of overseas projects; has provided ongoing advice, drafting and training regarding compliance policies and procedures; and has reported on investigations and compliance to several multilateral development banks.

Michael has also advised multinational companies on the Foreign Corrupt Practices Act (FCPA) and other anti-bribery laws and regulations outside the projects realm; has conducted due diligence on allegations of misconduct; has coordinated investigations, including organizing the discovery effort for a major US company under a Department of Justice (DOJ) investigation; and has drafted or advised on integrity codes of conduct.

Throughout his career, he also has concentrated on representing companies, international institutions, sovereigns and others in structuring and negotiating international investment and project finance transactions, particularly energy and other infrastructure projects.

He has held several positions at the International Finance Corporation (IFC), the World Bank's Guarantees Unit and the Multilateral Investment Guarantee Agency (MIGA)—the three so-called private sector arms of the WBG. While at IFC/WBG/MIGA he worked on more than 20 investment projects, mostly in the infrastructure sector. In addition, he participated in several major investigations of World Bank Group projects, including quite a few involving European and Asian companies and state-owned enterprises.

Earlier in his career, while in private practice at major international law firms, he advised financial institutions, multinationals and other clients on complex project financings, debt restructurings, privatizations and foreign investments, including in connection with some of the earliest joint ventures in China and the first privatizations in Central and Eastern Europe. More recently, he represented investors, lenders and guarantors on several major investment projects in Africa, and in Brazil, Russia, India, China and South Africa (BRICS). He has also assisted clients in a variety of international arbitration matters.