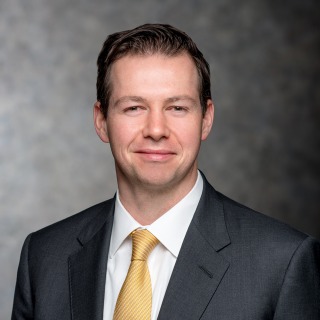 John T. McGoey is a member of the Litigation department and a member of the White Collar & Regulatory Defense group. His practice focuses on criminal and regulatory defense, internal investigations, and complex civil litigation. John has represented senior executives, traders, accountants, hedge fund portfolio managers, and other financial professionals and companies in proceedings with federal and state law enforcement authorities and numerous regulatory agencies, including the Department of Justice (DOJ), the Securities and Exchange Commission (SEC), the U.S. Commodity Futures Trading Commission (CFTC), and the Federal Energy Regulatory Commission (FERC). John has extensive civil and criminal litigation experience and has represented clients in all stages of proceedings, including motion practice, deposition discovery, management of document collections and reviews, and the preparation of expert and fact witnesses.

John has acted as lead attorney on a number of matters arising from the most notable white collar litigations and investigations of the last several years, including the defense of a J.P. Morgan synthetic credit trader who faced mismarking and securities fraud charges brought by the SEC and DOJ in connection with the "London Whale" trading losses; the representation of an individual facing allegations of money laundering and fraud relating to the activities of 1MDB, an investment fund owned by the government of Malaysia; and the defense of Ralph Cioffi, former portfolio manager of two Bear Stearns hedge funds, against claims brought by the SEC, the DOJ, and multiple individual litigants and arbitration claimants following the subprime crisis.

John is a founding member of Hughes Hubbard's Criminal Trial Program and has represented multiple indigent defendants in criminal actions. In connection with that program, he recently obtained an acquittal after trial in New York State Supreme Court for a pro bono client charged with burglary in the second degree. John also drafted a clemency petition on behalf of a non-violent drug offender serving a lengthy mandatory minimum sentence that was granted by President Obama in August of 2016.