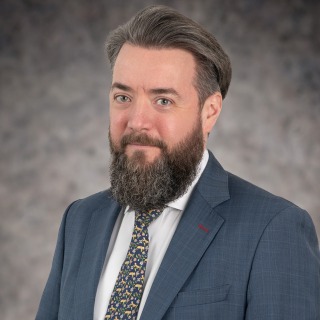 Daniel McLaughlin is counsel in the Anti-Corruption & Internal Investigations practice group.  Based in the Paris office, Daniel represents large multinational clients on a range of issues, including the design and implementation of anti-corruption compliance programs, conducting internal investigations, and undertaking third-party due diligence reviews.

Daniel has represented clients under investigation by the U.S. Department of Justice, the U.K. Serious Fraud Office, and other regulators.  He has overseen large internal investigations and counseled European clients on responding to allegations of improper behavior and interfacing with international regulators and agencies in Australia, France, Germany, the United States, and the United Kingdom, among others.

With cross-disciplinary experience in the fields of arbitration and export compliance, Daniel also assists clients on anti-corruption matters in connection with European export credit agencies, commercial disputes, and international arbitration.

Daniel has particular experience in the Middle East, having previously lived in Sana’a, Yemen and Cairo, Egypt.  He is the author of the Bradt travel guide to Yemen.

Daniel is also a committed pro bono and human rights advocate.  He has helped clients in the fields of employment discrimination, immigration and asylum, and social security disability benefits.  At Georgetown’s International Women’s Human Rights Clinic, Daniel worked on a case opposing discriminatory inheritance laws that was considered by the Tanzania High Court and the UN Committee on the Elimination of Discrimination against Women (CEDAW).