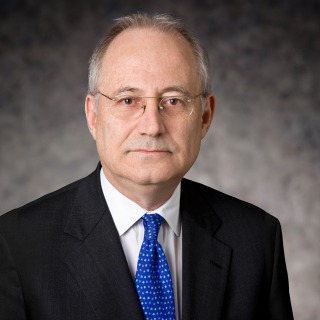 Edward J.M. Little is Senior Counsel in our White Collar and Regulatory Defense group and our Securities Litigation group.

In his work as a defense lawyer, he has dealt with the Department of Justice (DOJ), U.S. Attorney’s Offices in numerous jurisdictions, the Securities and Exchange Commission (SEC), the Department of Commerce, the Department of Defense, the Antitrust Division of the DOJ, the Federal Reserve, Financial Industry Regulatory Authority (FINRA) and the New York Stock Exchange (NYSE), as well as the Permanent Subcommittee on Investigations of the U.S. Senate, and various state district attorneys. Edward also has extensive experience in civil litigation on a wide range of matters.

Among his most recent cases, Edward obtained the dismissal before trial of all charges, both criminal and SEC, against his client in the JPMorgan "London Whale" scandal. He also won the acquittal, after a three-month trial, of a Bovis Lend Lease official, in the negligent homicide case involving the deaths of two firefighters during the fire at the Deutsche Bank Building, which was irreparably damaged on 9/11 (the “Deutsche Bank fire case”). And Edward also secured the complete dismissal of all charges, after a total of six months on trial, against a senior executive of a utility company prosecuted for “excessive compensation” in a complex fraud case (the “Westar case”).

Edward served for 10 years as independent outside counsel retained by one of the largest global banks to manage its North American litigation.

He previously served as a federal prosecutor in the United States Attorney’s Office for the Southern District of New York from 1982 to 1990. He ultimately became deputy chief of the Criminal Division and senior trial counsel, trying, among other notable cases, the “Wedtech case,” involving bribery, extortion, mail fraud and tax charges against former U.S. Rep. Mario Biaggi, Bronx Borough President Stanley Simon and other public officials, and a related case against former U.S. Rep. Robert Garcia.