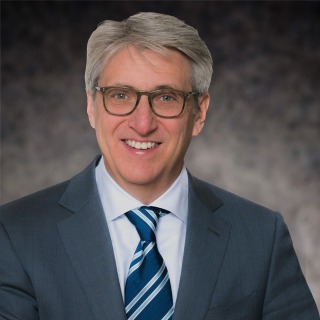 Nicolas Swerdloff is a senior counsel who focuses on the litigation and arbitration of complex cross-border business disputes. He especially concentrates on financial, license, joint-venture, securities, professional liability, sovereign, and sports disputes. He has litigated such disputes in federal and state court throughout the U.S. and before the major arbitral institutions. Nick is ranked in Chambers and Partners, which reports that he “regularly acts as counsel in complex commercial litigation and offers significant experience in cases with cross-border elements,” and that he also “represents clients in arbitrations” and “serv[es] as an arbitrator.” He is Board Certified in International Litigation and Arbitration by the Florida Bar.

Nick successfully represented Ernst & Young Hong Kong in a three-week arbitration hearing in which the panel found that the client had not been negligent and rejected a $500 million malpractice claim. He also led the defense of Alstom in a succession of fraud and breach of warranty actions seeking hundreds of millions of dollars in damages based on alleged deficiencies in the propulsion systems installed on luxury cruise ships operated by Royal Caribbean Cruise Lines and Regent Seven Seas Cruise Lines, all of which ultimately settled on favorable terms. In addition, Nick prosecuted actions on behalf of BNP Paribas and other clients against the Republic of Argentina based on one of the largest sovereign debt defaults in history, resulting in judgments in the hundreds of millions of dollars. He represented the Central Bank of Paraguay in successfully recovering millions diverted from two Paraguayan banks in liquidation – a major victory in Paraguay’s efforts to address corruption.

Nick also served as a leader of the Firm’s team representing Lorillard Tobacco Co. as national coordinating counsel in smoking-and-health litigation throughout the country, including in thousands of cases in Florida.

He currently represents investors in an investment treaty claim against the Republic of Panama, and the former president of a FIFA regional governing body in a civil RICO action related to the FIFA corruption scandal.

He is also a member of the Panel of Neutrals of the ICDR and AAA.