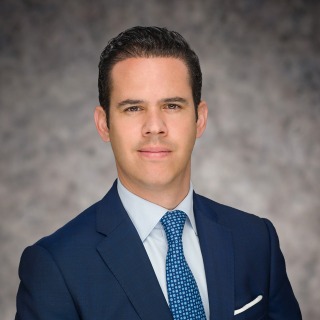 Diego Durán de la Vega is a partner of Hughes Hubbard based in Washington, D.C. and Co-Chair of the Latin American Disputes practice group. His practice focuses on international disputes, including white-collar defense matters, internal investigations, commercial litigation and international arbitration cases—including investor-state arbitration. He also has experience in compliance, where he assesses exposure, designs and implements programs, and provides training.

Diego has appeared before international arbitration tribunals, federal and state courts in the United States, and all levels of the Mexican judiciary, including the Mexican Supreme Court. He has also participated in cases before the Inter- American Commission on Human Rights and its Court of Justice.

In the area of international arbitration, Diego has represented clients in the following industries: renewable energy, oil and gas, maritime services, engineering and construction, health, casino, and food franchising. He conducted such representations before the following international arbitration institutions: ICC, AAA/ICDR, JAMS and ICSID. He also has experience with Ad hoc cases. In addition, Diego also has experience as an arbitrator: he currently serves as an arbitrator in two ICC commercial arbitrations, is included in the AAA’s roster of Consumer Arbitrators and the Mexican Arbitration Center National Roster of Arbitrators.

In the areas of white-collar criminal defense, internal investigations and compliance, Diego has represented and advised clients in various investigations and proceedings related to DOJ, SEC, OFAC and FinCEN, as well as federal prosecutors' offices in different states of the United States. He has also represented clients in connection with extradition proceedings. In addition, he has participated in several internal investigations related to FCPA, money laundering, tax evasion, economic sanctions, among others.

Diego’s experience as a litigator in Mexico and the U.S., his academic work in Europe, Mexico and the United States, and his cultural capabilities enable him to easily navigate complex cross-border legal issues. He has ample experience coordinating international legal teams and local counsel in different jurisdictions.

Because Diego’s native language is Spanish, and he is fluent in English, he is able to handle cases in both languages. Furthermore, Diego is licensed to practice law in both Mexico and the U.S. (New York and District of Columbia). He is the only attorney at the firm licensed to practice in both countries. This places Diego in a unique position to understand and navigate both Civil and Common Law systems.

Diego is also experienced in Mexican Criminal, Constitutional and Amparo Law. Prior to Hughes Hubbard and Quinn Emanuel, he was a successful litigator at one of the top criminal law boutiques in Mexico, where he defended and helped prosecute dozens of cases.