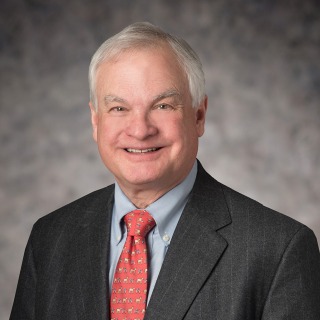 John M. Townsend is a litigation partner in the Washington, D.C., office of Hughes Hubbard & Reed. His practice focuses on complex disputes, particularly international disputes, both in court and before arbitral tribunals. John's arbitration practice includes representing parties in international and domestic commercial arbitration, investment treaty disputes, and acting as an arbitrator.

John served as Chair of the Board of Directors of the American Arbitration Association (AAA) from 2007 to 2010 and as chair of the Executive Committee of the AAA from 2004 to 2007. He was a member and a vice president of the Court of Arbitration of the LCIA from 2014 to 2019. John was the first chair of the Mediation Committee of the International Bar Association (IBA). In February 2008, he was appointed by President George W. Bush as one of the American members of the Panel of Arbitrators of the International Centre for the Settlement of Investment Disputes (ICSID), on which he served until 2016. Chambers and Partners has consistently ranked John among the top international arbitration lawyers in the United States and has described him as "just a master," who "understands international ADR better than any other in the market."

John served as lead counsel to Canada in Canada’s entirely successful defense of two arbitrations between the United States and Canada brought under the Softwood Lumber Agreement. He has represented Ukrainian investors in six investment treaty arbitrations against The Russian Federation arising out of its actions in Crimea and has obtained favorable awards on jurisdiction and liability in five; the sixth is still at an early stage.

John has served as an arbitrator in more than 95 arbitrations, including commercial and investment treaty cases under all major sets of arbitration rules.

John's litigation practice has included participation as a Hughes Hubbard associate in the successful defense of Ford Motor Co. on a charge of negligent homicide in the Pinto fuel tank trial in Indiana, and as a young partner in the defense of the building owner in the Kansas City Skywalk Collapse litigation. He led a Hughes Hubbard team acting as national counsel to a major pharmaceutical manufacturer in a nationwide, multi-defendant litigation challenging the use of published Average Wholesale Prices (AWPs) as a reference point in Medicaid reimbursement.

John served as trustee of the US Council for International Business and chaired the Council's European Privilege Task Force. He submitted an application on behalf of the Council to intervene in the Akzo Nobel v. European Commission case in the European Court of Justice to urge European recognition of an attorney-client privilege for company counsel.

John is a member of the American Law Institute (ALI) and served as an Advisor to the ALI's project to draft a Restatement of the American Law of International Commercial Arbitration. He has also served on the Harvard Law School Trial Advocacy Workshop faculty.

John has been with Hughes Hubbard & Reed—in New York, Paris, and Washington—since 1971. He speaks fluent French.