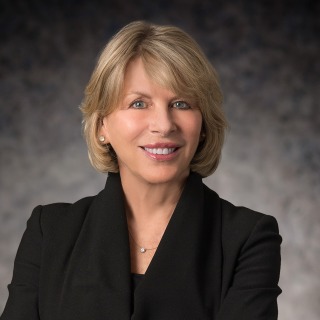 Joanne has distinguished herself in international legal circles as the Government of Canada’s principal United States-based lawyer in Canada’s high-profile, ongoing softwood lumber dispute with the United States, what The Economist called the “biggest trade battle on the planet.” Joanne has led Canada’s legal team in numerous negotiations and dispute resolution proceedings in the softwood lumber dispute, heading up internal and outside counsel teams, including NAFTA, WTO and US Court of International Trade appeals.

Before joining Hughes Hubbard, Joanne was Co-Chair of the International Trade and Arbitration practice at Weil Gotshal. Prior to private practice, she worked for the Government of Canada as senior counsel to the Department of Foreign Affairs and International Trade and the Department of Justice. While there, she was lead counsel for all institutional issues relating to the NAFTA generally, including subsidies and dumping actions, safeguards and section 301 actions. Joanne headed up Canada’s teams in the WTO Aircraft dispute with Brazil and all arbitrations arising out of the 1996 Softwood Lumber Agreement. She was also a key member of the negotiating and drafting teams for the 1996 Softwood Lumber Agreement and the Agreement on Internal Trade and was Assistant Principal Counsel to Canada for the negotiation of NAFTA.