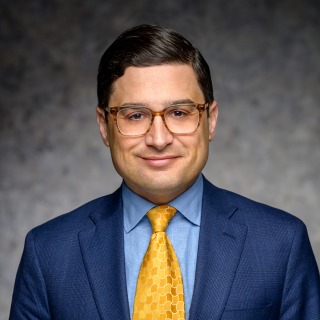 Constantine (Gus) Petropoulos is a corporate partner in Hughes Hubbard’s New York office. His practice primarily focuses on strategic business counsel and commercial/corporate transactional support, including with respect to mergers and acquisitions matters. He has broad experience in regulatory, finance/reporting and strategic transaction matters across a variety of industries.

Gus has counseled public companies spanning technology, electronics, aerospace, defense, gaming, industrials and consumer goods. Prior to joining Hughes Hubbard, Gus was Senior Vice President & General Counsel at Park Aerospace Corp. where he led strategic transactions including the sale of Park’s legacy electronics business and was also responsible for relationships with Park’s key commercial and strategic partners. From 2011 to 2014, Gus advised Scientific Games Corp. on acquisitions, joint ventures and commercial transactions, including transformative investments in online and casino gaming, as well as privatizations of sovereign gaming assets by governments around the world. From 2007 to 2011, he was based in Europe where he executed strategic development efforts including joint ventures, distribution arrangements and acquisitions within Coca-Cola HBC’s 29-country footprint across Eurasia and Africa. These efforts included the creation of a new distribution business that spans snacks, coffee, beer and spirits. Gus has also represented his clients in ESG efforts that have included one of the largest co-generation and solar energy rollouts in Eurasia and Africa at the time; a project executed in partnership with Contour Global. Gus began his career as an attorney at Latham & Watkins LLP.

Gus specializes in cross-border strategic and commercial transactions, with a particular focus on Eurasia and Africa. He was based out of Hamburg, Germany for a portion of his time at Latham & Watkins LLP and was the lead international lawyer for Coca-Cola HBC and Scientific Games Corp.  Gus attended the prestigious IMD Business School in Switzerland and the Austro-American Institute in Austria.